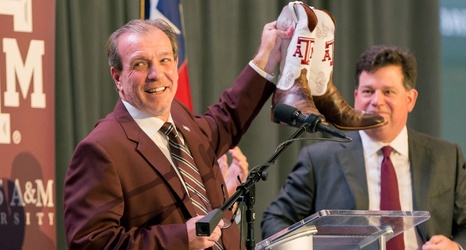 Texas A&M head coach Jimbo Fisher didn’t hold back while talking about his former boss at the Houston Touchdown Club on Wednesday.

A fan asked Fisher what it will take to beat Alabama besides Nick Saban hanging it up, and you won’t believe what Fisher said, per Houston Chronicle reporter Brent Zwerneman:

More Jimbo:
“I don’t want him to retire. They’ve got a great team & I respect him. We’ve known each other forever …” (Added Alabama is model program to emulate and go after) and “We can do it just as good and be just as good or better …"

Fisher was the offensive coordinator under Nick Saban at LSU from 2000-04.