Williams: ‘The cookout was a blast’ 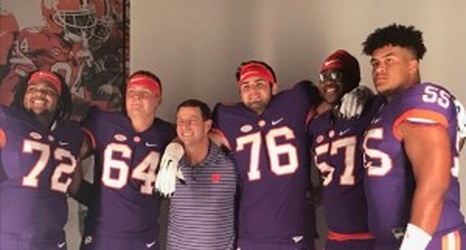 Among the more than a dozen Clemson commits that attended the All In Cookout on Friday evening was four-star offensive lineman John Williams of Canton (Ga.) Creekview.

“It was awesome,” Williams told TCI. “I really enjoy the time I get with my future teammates, and the cookout was a blast.”

So what was the highlight of the shindig for Williams?

“I always enjoy some competition, so the games we played were awesome,” he said.