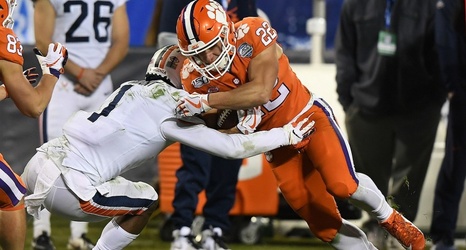 The National Football Foundation announced today that Clemson wide receiver Will Swinney has been named a semifinalist for the 2020 William V. Campbell Trophy.

Overall, the National Football Foundation & College Hall of Fame (NFF) proudly announced today an all-time record of 199 semifinalists for the 2020 William V. Campbell Trophy® Presented by Mazda, establishing an exciting new highwater mark for one of college football’s most sought-after and coveted awards.

“This is terrific news. To set a record for the number of Campbell nominees is extra special during the pandemic because it shows how the stature of the award continues to rise even during these challenging times,” said NFF Chairman Archie Manning, whose sons Peyton (Campbell Trophy® winner) and Eli were named NFF National Scholar-Athletes in 1997 and 2003, respectively.