What’s next for Clemson with Scott moving on to South Florida? 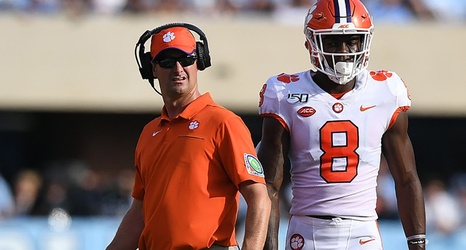 As Jeff Scott and the University of South Florida are finalizing a deal for him to become the Bulls’ new head coach, Clemson moves on with its plans to contend for another national championship.

Even though he will replace Charlie Strong as South Florida’s head coach, Scott will likely stay on at Clemson through the College Football Playoff as he tries to help the Tigers win back-to-back national championships.

As The Clemson Insider reported Sunday evening, Scott is likely to take his dad, longtime Clemson assistant and administrator Brad Scott, with him to Tampa. The elder Scott is from the town of Arcadia, Florida, a small town in central Florida that is a little more than an hour drive from Tampa.