Venables says defense made too many mistakes against the LSU offense 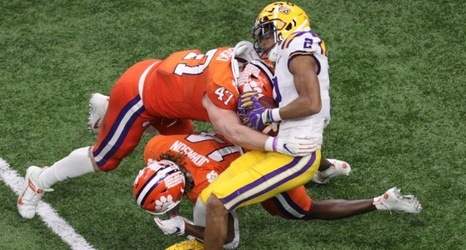 They were about who he thought they were.

The late Green was the head coach of the Arizona Cardinals back in 2006 when they were defeated by the Chicago Bears, and Green’s outburst after the game made headlines when he shouted, “They were exactly who we thought they were!!”

Venables didn’t have an outburst, but he was adamant that LSU was every bit as good as he’d seen on film and his defense didn’t play well enough to match up – LSU had 628 total yards and ran 81 plays.