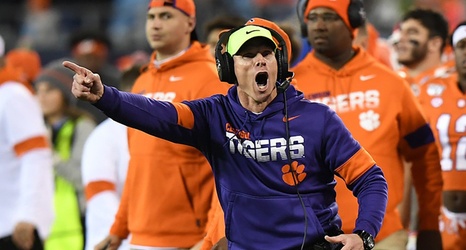 CHARLOTTE – While Clemson defensive coordinator Brent Venables was soaking in the third-ranked Tigers’ 62-17 win over No. 23 Virginia in the ACC Championship Game on Saturday, Venables was also starting to think about the challenge that lies ahead for his unit.

Clemson will likely remain the No. 3 team in the final College Football Playoff rankings that are set to be released at noon today, meaning the Tigers would face the No. 2 seed, which figures to be either Ohio State or LSU.

Ohio State is No. 1 nationally in scoring offense at 48.7 points per game, while LSU ranks No.