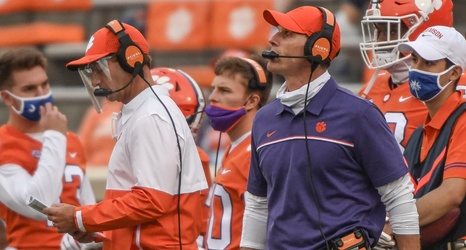 Clemson may have beaten Syracuse 47-21 on Saturday, but for the high standards defensive coordinator Brent Venables, it was not good enough.

After the victory, Venables criticized himself for a couple of big plays his defense gave up.

“I put us in a dumb call, and they throw it deep on us and get the 83 yarder. I could have put us in a better call,” he said.

“If we do this against Boston College, I don’t know if you would get a chance to win the game.”

Here’s more on what he had to say about the defensive’s performance.