Tony Elliott having fun at new spot, says it's an honor to switch for Spiller 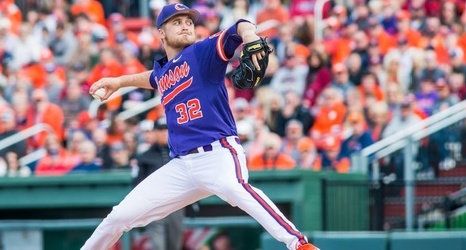 Tony Elliott made the transition from coaching the running backs to coaching tight ends this spring, and it was evident that he was not only having fun with the move but he was also attacking the job with a renewed sense of urgency.

Elliott spent three seasons (2008-10) as wide receivers coach at Furman and two seasons (2006-07) at SC State before arriving at Clemson prior to the 2011 season. Clemson’s run of 10-straight 10-win seasons started when he became a full-time assistant coach. Clemson is 121-18 since he returned to Clemson in 2011.

He was the recipient of the 2017 Frank Broyles Award as the nation’s top assistant coach and was named Running Backs Coach of the Year by FootballScoop in 2017.