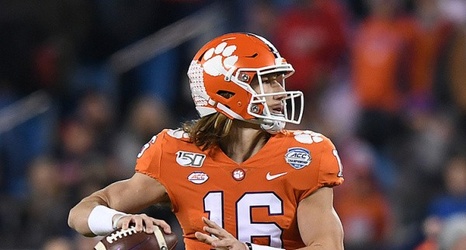 CHARLOTTE — Clemson is headed back to the College Football Playoff for a fifth straight year thanks to its 62-17 victory over No. 23 Virginia Saturday in the ACC Championship Game.

The Tigers’ five straight conference titles is a first in the conference championship era, which began in 1992.

It was a day for records for the Clemson offense. Besides Lawrence’s record day, wide receiver Tee Higgins caught a career-high nine receptions for an ACC record 182 yards and three touchdowns, which was also an ACC record.