Tigers are not taking Virginia or ACC Championship Game for granted 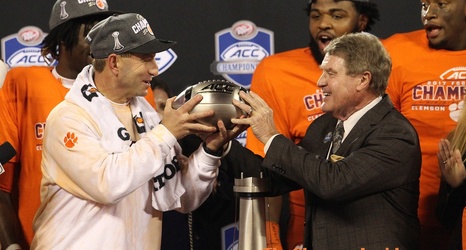 He’s a master motivator says former offensive lineman Eric Mac Lain, who now works for the ACC Network as a football analyst. According to Mac Lain, Swinney is always looking for an edge to relay back to his players.

Even in a game in which his Clemson team is a 28.5-point favorite, Swinney is still finding a way to motivate his football team.

Prior to leaving for Friday’s ACC Championship Game, where the third-ranked Tigers will play No. 23 Virginia at Bank of America Stadium in Charlotte today (7:30 p.