The 'Quiet Assassin' lurks in Apartment 1A at Clemson 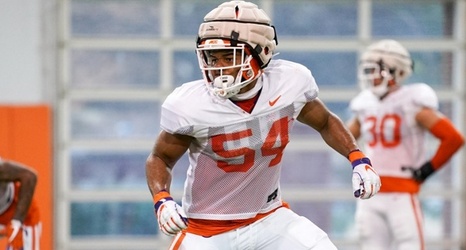 CLEMSON – The Quiet Assassin lurks on the Clemson campus, sharing an apartment with a Texan -- biding his time.

Trotter was Clemson’s highest-rated player in the 2021 class by ESPN.com and its second-highest by 247Sports, and he made a big splash this spring, earning praise from his fellow players, defensive coordinator Brent Venables, and head coach Dabo Swinney.