The bigger the stage, the better Justyn Ross plays 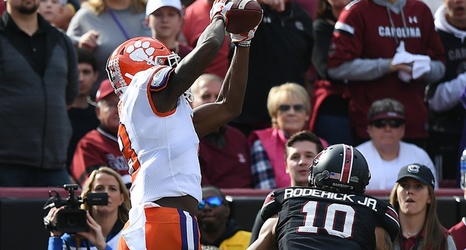 It was yet another successful regular season for third-ranked Clemson as it yet again dominated in-state rival South Carolina on both sides of the ball while completing its third undefeated regular season in the last five seasons.

In completing their sixth straight victory in a row over the Gamecocks, the Tigers preparation for these matchups has really been a difference maker the past two seasons. In particular, moving certain players around while also testing different packages and formations.

“Especially when you have two weeks and it’s a huge game. This is the type of game you’re preparing for all season,” said co-offensive coordinator Tony Elliott.