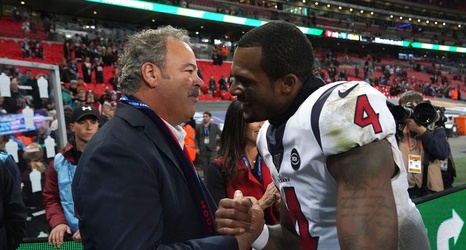 The Texans are nearing a decision on Deshaun Watson in the very near future.

Houston general manager Nick Caserio announced on Monday that the team will make a decision regarding its quarterback situation.

Caserio did not divulge any details as to where the franchise stands right now regarding Watson’s sexual misconduct allegations. But he did make it clear the Texans should have news coming in the next few weeks.

“I don’t have any additional comments about anything,” Caserio said on Sports Radio 610 in Houston. “I think we’re respectful of what’s happening, respectful of the process and everybody that’s involved.