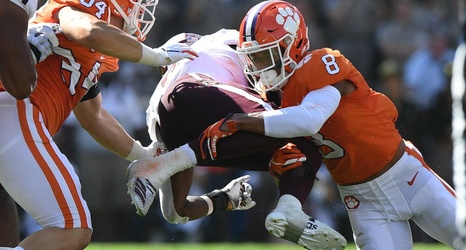 A.J. Terrell’s last game in a Clemson uniform was not what he imagined it would be. The former Tiger, who decided to forgo his senior season and declared himself eligible for the 2020 NFL Draft, was part of a Clemson secondary that was chopped up by Joe Burrow in the national championship game.

Though Terrell was not responsible for allowing all of those yards, he did give up two pass plays of 52 yards and 56 yards to Ja’Marr Chase, who set a College Football Playoff National Championship record 221 yards on nine catches in LSU’s 42-25 victory in New Orleans.