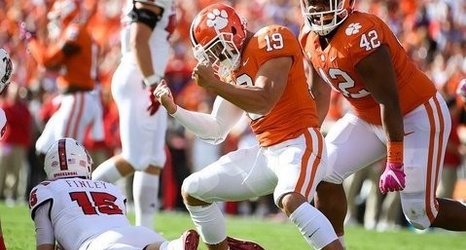 CHARLOTTE, NC – Clemson safety Tanner Muse is happy that his brother Nick gets to experience college football at the highest level but tried to steer to any school but South Carolina.

Nick Muse announced last month that he’ll transfer to South Carolina. Muse transfers to the Gamecocks following a two-year career at William & Mary. In two seasons, Muse recorded 34 catches for 508 yards and two TDs. Of the 508 receiving yards, 453 of those came in 2018.

The career-year led to a lot of interest from bigger programs, and Tanner did his best to send Nick anywhere but Columbia.