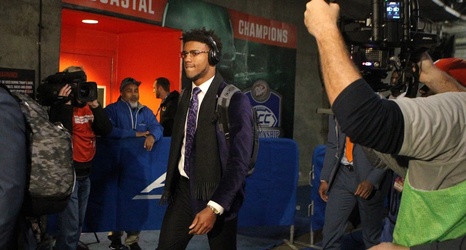 Higgins was named the game’s Most Valuable Player.