Swinney says Xavier Thomas is headed to a "whole other level" 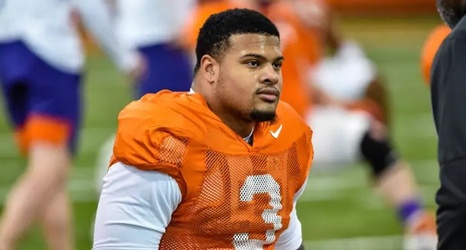 Thomas, the rising junior defensive end out of Florence, emerged as a defensive playmaker during his freshman campaign when he registered 43 tackles (10.5 for loss), 3.5 sacks and two pass breakups in 304 snaps over 15 games. Those numbers all dipped last season, despite Thomas starting eight games.

In 2019, Thomas was credited with 31 tackles (8.0 for loss), 2.0 sacks, two pass breakups and a fumble recovery in 434 snaps in 12 games (eight starts). He missed time during the middle of the season with a concussion suffered in practice, and with Brent Venables’ defense structured around the versatility of Isaiah Simmons, Thomas’ numbers took a slight tumble.