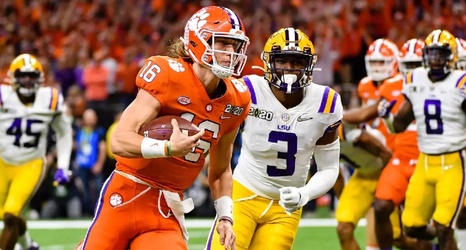 NEW ORLEANS, LA – Some nights are yours and others you run into a team that’s just better. Clemson and Dabo Swinney have seen both sides – last year in the 44-16 win over Alabama and Monday night against an LSU team with an unstoppable force in quarterback Joe Burrow.

Burrow threw for 463 yards in leading LSU to a 42-25 win over Clemson in the national championship in the Super Dome.

“But I thought LSU played a beautiful game,” Swinney said after the game Monday night.