Swinney is in high demand 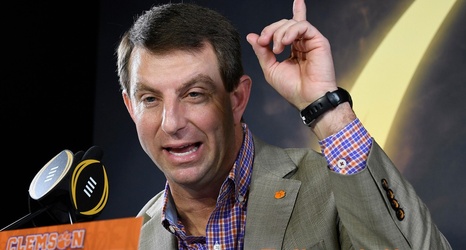 Clemson head Dabo Swinney is one of the highest paid coaches in college athletics.

The Tigers head coach signed a 10-year, $93 million deal back in 2019. However, what does he make outside of working for Clemson?

In a recent article written by Sportico, Swinney, the third highest paid college football coach, is listed as one of the top paid coaches when it comes to speaking engagements and endorsement deals, as well. He reportedly makes $75,000 to $150,000 extra in speaking engagements around the country prior to COVID-19.

Swinney ranks high on the list which is led by Alabama’s Nick Saban and LSU’s Ed Orgeron.