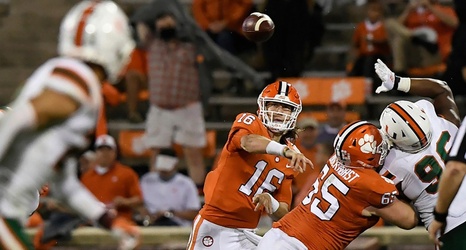 Dabo Swinney has said countless times his favorite sport, as a player, was basketball. It is still a sport he plays today and plays well.

Swinney’s love for basketball is becoming more and more obvious when the Clemson football coach compares his former players to famous NBA players.

In 2017, Swinney told reporters at the Senior Bowl that teams passing on Deshaun Watson would be like passing on Michael Jordan. With the 2021 NFL Draft less than two weeks away, he is now comparing Trevor Lawrence to Steph Curry.