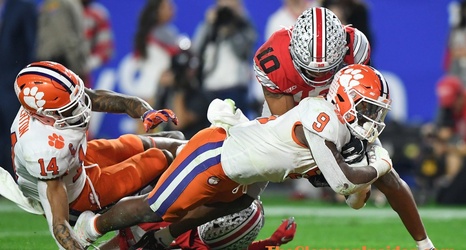 When Travis Etienne decided last week he was going to return to Clemson for his senior season, he received a lot of slack for his decision.

Most of the negative comments came from national writers, who did not know him, but felt they knew what was best. Some criticized Dabo Swinney, basically accusing the Clemson coach of giving Etienne bad advice.

“That is one of the things Travis and I talked about. You are going to have people voice their opinion on if you leave or if you stay,” said former Clemson running back C.