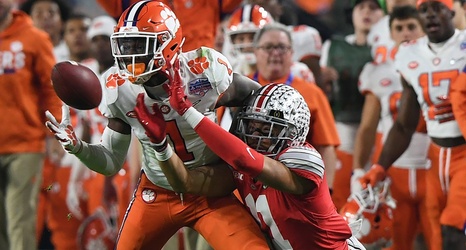 To the surprise of some, but not all, Clemson was ranked No. 3 in the first College Football Playoff Poll, which was released Tuesday night on ESPN.

The surprise comes because the Tigers (7-1, 6-1 ACC) are ranked ahead of undefeated Ohio State. While Clemson has one loss, it is clear its one loss to second-ranked Notre Dame and the eye-test was taken into heavy consideration.

With the intriguing ranking placements, some of the college football analysts on ESPN offered their opinions, starting with Kirk Herbstreit.

“Exactly what I had,” he said.