SEC should be ashamed, it could have preserved Clemson-South Carolina game 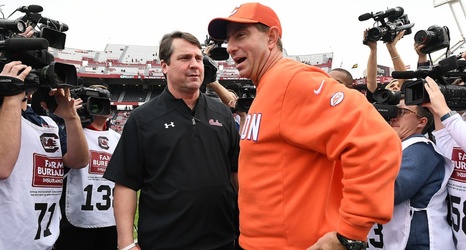 To say I was disappointed when the SEC announced it was going to play a 10-game conference-only schedule for football on Thursday, is an understatement. I, like many of you, was pretty bumped by the news.

Right when we heard it, we all knew what the news meant – there will be no Clemson vs. South Carolina game this year. As a self-proclaimed historian of the rivalry, I was sad. As someone who grew up in South Carolina, I was mad.

When word later came out that South Carolina President Bob Caslen was the only SEC President who voted the league should play one non-conference game, I was furious.