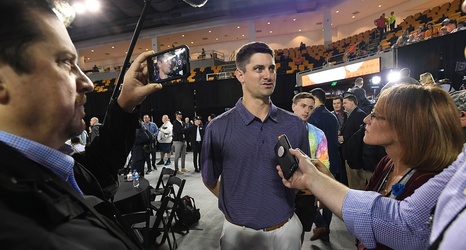 NEW ORLEANS — Jeff Scott could not have dreamed of a better ending to his Clemson career than the one he will experience Monday night.

Scott, who has spent most of the last two decades in Clemson as a player and as a coach, will coach in his last game as a Tiger when Clemson plays LSU in the College Football Playoff National Championship at the Superdome. The longtime assistant coach under Dabo Swinney took over as the new head coach at South Florida last month.

“Knowing at some point I was going to have to leave Clemson, I never really envisioned what that was going to look like, but I guess I could not dream that my ride out of Clemson would be on the team bus headed for the national championship,” Scott said.