Rising DE prospect out of Massachusetts has big interest in Clemson 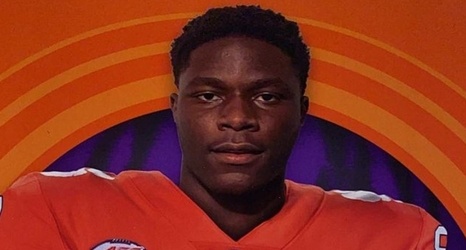 Another big-time defensive end is interested in the Tigers.

Clemson has had success with defensive ends over the years, including names like Gaines Adams, Da’Quan Bowers, Vic Beasley, Shaq Lawson, Clelin Ferrell, and Austin Bryant — just to name a few. On campus now are names are former 5-stars in Xavier Thomas, KJ Henry, and Myles Murphy, so it’s no surprise that one of the top players in Massachusetts has an interest in the Tigers.

Samuel Okunlola (6-4 220) of Brockton (MA) Thayer Academy is a 3-star rated talent in the 247Sports Composite and ranked 36th nationally among strongside defensive ends (ranked as high as a 4-star by Rivals.