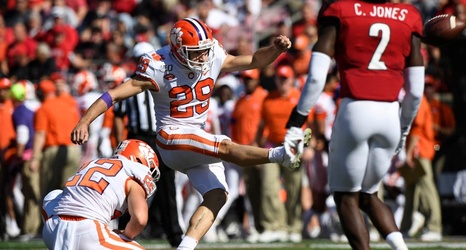 Headlined by three former finalists, a previous winner, and an unprecedented 20 former semifinalists, it’s a highly competitive year on the thirty-player Watch List for the 2021 Lou Groza Collegiate Place-Kicker Award, as announced by the Palm Beach County Sports Commission.

Last year’s Groza winner, Jose Borregales, is now a Tampa Bay Buccaneer, but his fellow finalists BYU junior Jake Oldroyd and Alabama junior Will Reichard are back to vie for the award. Also returning is SMU senior Blake Mazza, who was a finalist in 2019 while at Washington State, as well as Syracuse senior and 2018 Groza winner Andre Szmyt, who could become just the second player to ever win the award multiple times, joining Sebastian Janikowski who won in 1998 and 1999.