Player of the Game: Overton goes off on Boston College 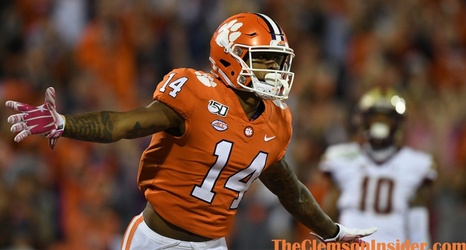 Clemson wide receiver Diondre Overton broke out for the biggest game of his career, by far, on Saturday night during the Tigers’ 59-7 win over Boston College at Death Valley.

The senior from Greensboro, North Carolina, entered the contest with four career touchdowns and had never recorded a multi-touchdown game.

That changed against the Eagles, as Overton caught three touchdown passes on just three total receptions and tallied a career-high 119 receiving yards. The former four-star prospect had just 72 receiving yards in seven games this season prior to Saturday and entered 2019 with 425 career receiving yards.