One position group has Swinney excited about 2021 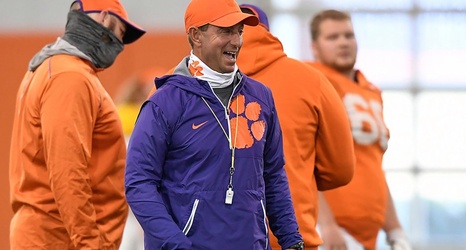 When Clemson has been at its absolute best in the past six seasons, there is one area on offense that has been the difference maker.

No, it is not the quarterback position, despite having Heisman Trophy Finalist in Deshaun Watson and Trevor Lawrence. No, it is not at running back either, where the Tigers have had record setting running backs in Wayne Gallman and Travis Etienne.

And no, it is not at wide receiver, a position that seems to have at least one Clemson player a year drafted into the NFL.

The area that makes or breaks the Tigers’ championship run starts up front with the offensive line.