On to the Elite 8: Clemson upsets No. 3 UCLA in thriller 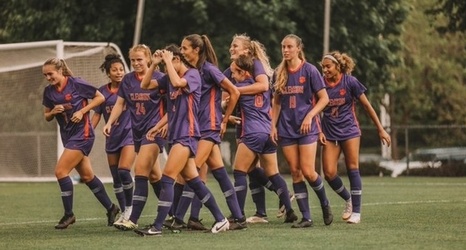 The No. 14-seeded Clemson women’s soccer team took all 110 minutes of regulation and overtime, as well as six penalty kicks in the shootout, before Hensley Hancuff saved the No. 3-seeded UCLA Bruins' sixth penalty shot to send the Tigers to the NCAA quarterfinals.

Clemson advances to the Elite 8 for the first time since 2006 and the fifth time in program history.

Despite being outshot on the night 26-14, the Tigers defense stood tall against a UCLA attack that spent most of the game in the Clemson half of the field. Hancuff recorded nine saves in net for Clemson.