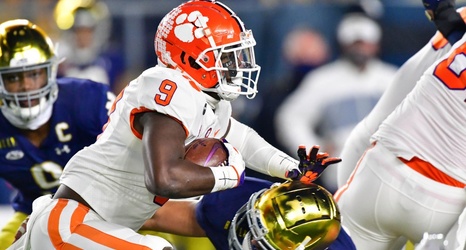 The Atlantic Coast Conference was represented well in the first College Football Playoff Committee Rankings, which was released Tuesday night on ESPN.

The ACC had three teams in the top 10, including two in the top 5. Notre Dame checked in at No. 2, Clemson was No. 3 and Miami was No. 10. It marked the third time the ACC has had two teams ranked in the top 5 in the CFP rankings and the first time it has had three in the top 10.