No. 1-ranked LB from Hawaii visits for Swinney Camp 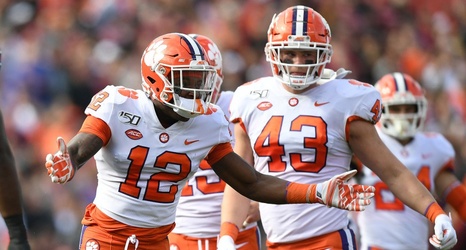 There was a major surprise visitor at the Dabo Swinney Camp on Thursday afternoon.

The country’s top-ranked linebacker in the 2023 class, Tausili Akana, made an appearance and worked out at the afternoon camp session.

Akana (6-4, 225) is from Kahuku, Hawaii. He played his sophomore season at Wasatch High School in Heber City, Utah.

According to 247Sports, he is a four-star prospect ranked as the No. 1 linebacker and No. 27 overall prospect nationally for the 2023 class.