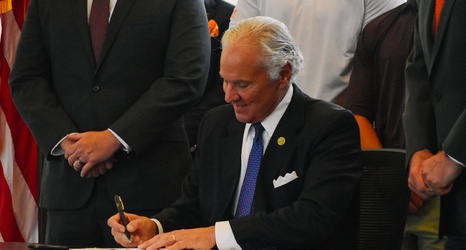 Monday was a monumental movement for college athletics in the state of South Carolina, as Gov. Henry McMaster ceremonially signed the name, image and likeness bill into law at the WestZone at Memorial Stadium in Clemson.

McMaster joined Clemson athletic director Dan Radakovich, as well as several senators, representatives, athletic administrators from around the state and Clemson football players at the signing. The bill was passed by legislators last month and signed by Gov. McMaster, officially, on May 6.

“The bill that was passed here is very pro student-athlete which is important,” Radakovich said.