NFL analyst says there's one thing Lawrence is not good at 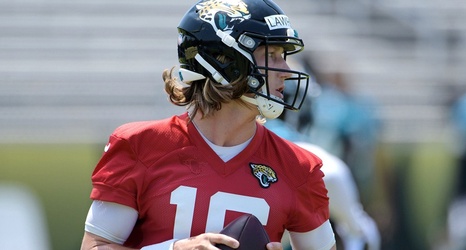 An NFL analyst had an interesting take on former Clemson quarterback Trevor Lawrence.

Earlier this week on NFL Live, ESPN’s Tim Hasselbeck said he thinks there is one area he believes the Jacksonville Jaguars’ and the NFL Draft’s first pick will struggle this season … anticipating high percentage throws and throwing open pass catchers.

“I think this will be a significant adjustment,” Hasselbeck said. “If there was one criticism of his game coming out of Clemson, it’s that he didn’t play with a ton of anticipation, mainly because he didn’t have to.

“When you’re down in the red zone, things happen quicker, it’s a condensed area of the field.