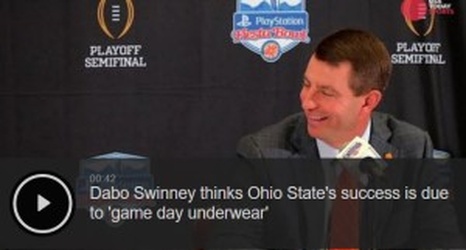 CHARLOTTE – Having been in Dabo Swinney’s locker room, former Clemson offensive lineman Eric Mac Lain knows as well as anyone how good the Tigers’ head coach is at playing the disrespect card and keeping his team motivated, playing with a chip on its shoulder.

Of course, Swinney made it clear he feels Clemson is disrespected nationally, saying some in the media don’t want to see the Tigers in the College Football Playoff.