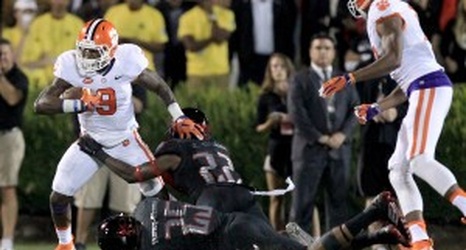 The latest big-time player running the ball for Castle and Lakeland is five-star Clemson commit Demarkcus Bowman, who rushed for two touchdowns Friday in the 2019 Kickoff Classic vs. Osceola-Kissimmee.

The Clemson Insider attended the contest at Lakeland’s Bryant Stadium as part of our Tour of Champions and caught up with Castle afterward about his star running back.

“We’ve had a lot of good tailbacks here,” he said.