Lawrence: "We are here to win" 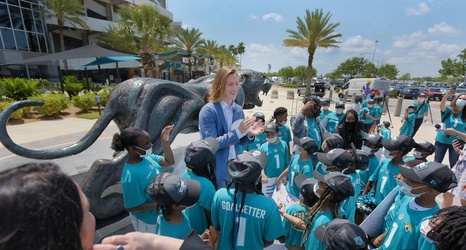 No. 1 draft pick Trevor Lawrence has the entire city of Jacksonville excited for what is ahead for the Jaguars. Lawrence spoke with the media following Saturday’s camp session.

“That is awesome. We are so appreciative of the fans. I don’t know what it is normally like. They say it has been different and we have had way more people than usual which is awesome. I am glad the whole city is excited,” said Lawrence.

The fans aren’t the only ones excited according to the former Tiger.

“We are excited to. We are here to win.