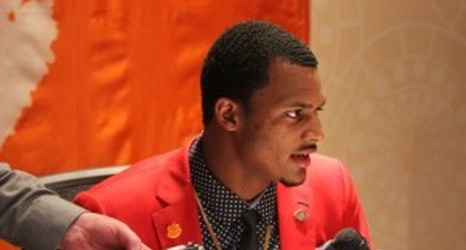 The American Football Coaches Association announced Wednesday that Clemson quarterback Trevor Lawrence has been named to the 2020 Allstate AFCA Good Works Team for his service work in both the Clemson community and his hometown.

In addition to participating in a number of team service events during his tenure at Clemson, Lawrence has helped lead several other initiatives.