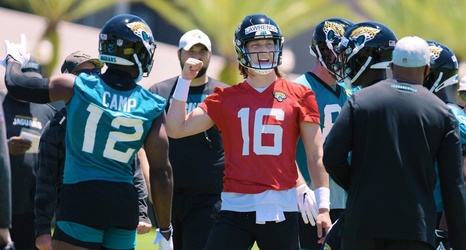 Three months removed from shoulder surgery, Trevor Lawrence is out on the field throwing passes with the Jacksonville Jaguars.

The Jags began their rookie minicamp this weekend, and as The Clemson Insider reported earlier Saturday, the former Clemson quarterback is practicing on a limited basis.

Lawrence told the media Saturday he is on a pitch count as he continues to recover after having surgery on Feb. 16 to repair the labrum in his left (non-throwing) shoulder.

“I’m wanting to go out there and throw a lot, but we’re keeping it around 30 to 40 balls, not including the warmups,” Lawrence said.