Jags player: Lawrence is living up to the hype 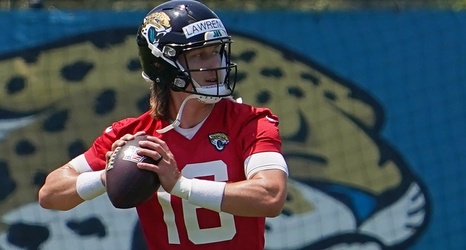 Trevor Lawrence’s teammates have been blown away with his performance throughout the Jaguars’ organized team activities and mandatory minicamp.

The first overall pick in the 2021 NFL Draft and former Clemson quarterback was limited at minicamp on Monday due to a tweaked hamstring.

But that has not stopped the defense in Jacksonville from seeing what Lawrence can do with the football in his hand.

Jaguars’ cornerback Shaquill Griffin met with the media on Monday and feels like the lofty expectations surrounding Lawrence have been met so far.

“I feel like the main thing I’ve been seeing is he’s very explosive, so when the ball is out, it’s out,” Griffin said.