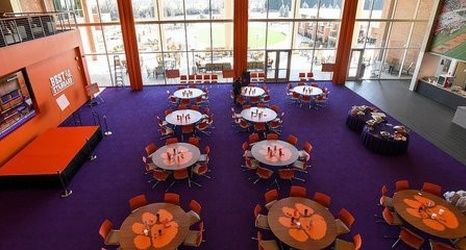 NEW ORLEANS, LA – After feeling each other out for much of the first quarter, Clemson and LSU is everything we expected.

There were big plays, good quarterback play and plenty of excitement in the first half of the CFP National Championship game at the Super Dome Monday night. LSU leads Clemson 28-17 after the first half.

PLAYER OF THE HALF: Will Spiers is having himself a postseason. He had an excellent performance in the Fiesta Bowl against Ohio State and followed that up with another great half. Spiers pinned LSU deep on three of his punts, forcing LSU to begin on their own three, seven and four yard line.