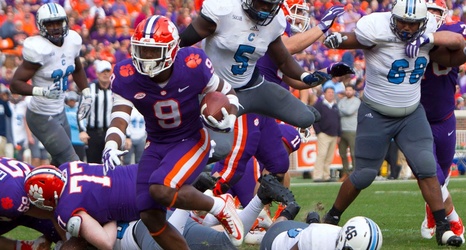 It is only the second week of the college football season, but the Heisman Trophy talk has already begun.

Of the four major categories ESPN’s graphics team created from the 2019 season, Etienne was ahead of Hubbard in three of them, yards per rush, total touchdowns and percentage of rush yards of 10 or more.