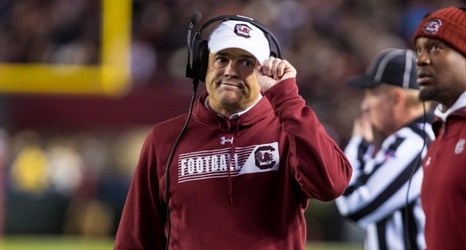 Shane Beamer has led the University of South Carolina to six wins in his first season in Columbia and is a prime candidate to be the SEC Coach of the Year, but he said Tuesday that he thinks Clemson head coach Dabo Swinney should be in the running for the Coach of the Year in the ACC.

Clemson and South Carolina face off Saturday night at 7:30 pm in Williams-Brice Stadium. The game will be broadcast by the SEC Network.

Clemson is playing its best football of the season and dominated then-No. 10 Wake Forest 48-27 on Senior Day in Death Valley last weekend.