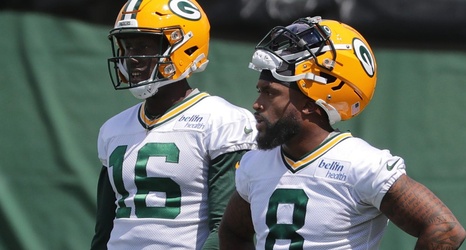 A former member of “Wide Receiver U” now in the NFL threw out the first pitch at a MLB game in his new hometown on Saturday afternoon.

The Milwaukee Brewers gave former Clemson receiver Amari Rodgers the honor of throwing out the first pitch prior to their home game against the Pittsburgh Pirates at American Family Field.

Rodgers, of course, was drafted by the Green Bay Packers in the third round (No. 85 overall) of the 2021 NFL Draft in April after earning first-team All-ACC honors last season when he recorded career highs in receptions (77), receiving yards (1,020) and receiving touchdowns (seven) over 12 games.