Former Tiger has a new baby and a new job 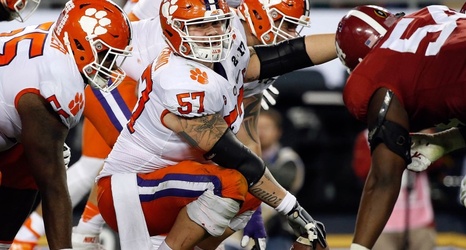 It’s a big time in the life of a former Clemson offensive lineman.

Not only do Jay Guillermo and his wife have a newborn baby, but they are also headed to Jefferson City, Tenn., as Guillermo announced on Twitter that he has accepted a job as the new offensive line coach at Carson-Newman University.

Guillermo was previously the tight ends coach at Western Carolina.

A two-time All-ACC starting center for Clemson, Guillermo played for the Tigers from 2012-16 and posted 69 knockdowns in 2,552 snaps over 46 games (29 starts) in his career, playing an important role in helping Clemson win the 2016 national title.