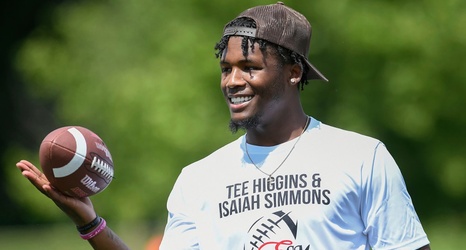 A former NFL wide receiver gave a nod to former Clemson wide receiver Tee Higgins. Chad Johnson, well-known by his nickname “Ochocinco”, had his fair share of memorable touchdown dances in his 10+ years in the NFL, but there was one that he never had the chance to do.

Johnson shared with NFL Live’s Laura Rutledge that he wasn’t able to follow through with one touchdown dance that he had planned for a game at Arrowhead Stadium in Kansas City, which involved a Staples Easy Button.