Final Thoughts from the Superdome 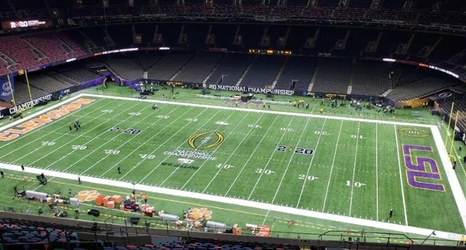 NEW ORLEANS, LA – It’s time to kick this thing off.

We’ve arrived at the Superdome for tonight’s matchup between Clemson and LSU. Yes, security is tight (I had to deal with the Secret Service coming in) because President Donald Trump is scheduled to attend the game.

The media boarded the buses at the media hotel and received a police escort to the game and when the buses would roll by, led by the motorcycle police with sirens blaring, the fans on the streets would raise their phones to take photos and videos of the spectacle. When they realized we weren’t one of the two teams and just the media, you could see the disappointment on their faces.