Etienne believes his mentality is what makes him great 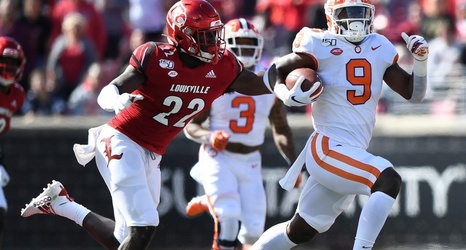 LOUISVILLE, Ky. — Travis Etienne wants and tries to make the most of each rushing attempt he gets in any given game.

The junior running back managed to do exactly that Saturday, when he amassed 192 yards and averaged 13.7 yards per carry on just 14 rushing attempts while helping second-ranked Clemson to a 45-10 over Louisville at Cardinal Stadium.

“I don’t know why, but I feel like I go into the games with the mindset where I’m going to get the ball 20 times,” Etienne said after the game. “But for me, it’s just making the most out of each carry.