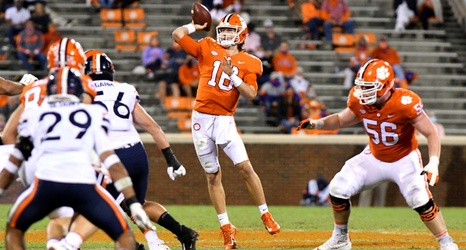 There is a long list of star quarterbacks who were drafted in recent years, including Deshaun Watson, Patrick Mahomes, Lamar Jackson, Kyler Murray, Baker Mayfield, Joe Burrow and Tua Tagovailoa to name a few.

But ESPN college football analyst Greg McElroy and Todd McShay believe Clemson’s Trevor Lawrence is a better NFL prospect than any of those guys were coming out of college. In fact, he said on College Football Live on Wednesday he thinks Lawrence is the best pro prospect at his position since Andrew Luck came out of Stanford in 2012.

“Trevor Lawrence has been strong with the football – last year, turnovers plagued him,” McElroy said.