Elliott's first impression of Etienne: 'Oh my gosh can this guy even run' 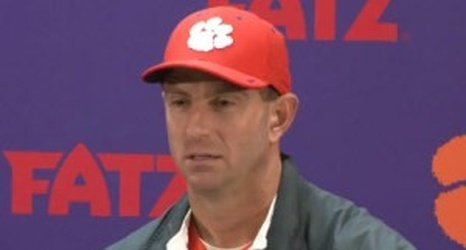 Now the running back from Jennings, Louisiana plays in his second College Football Playoff National Championship when third-ranked Clemson faces off against his home-state team No. 1 LSU in the Superdome just a few hours from his hometown.

The entire country is talking about Etienne this week ahead of the national championship and he will prove to be a pivotal player on Monday night.

Etienne’s road to Clemson is interesting when a pair of running backs slipped away from the co-offensive coordinator Elliott in the recruiting process.