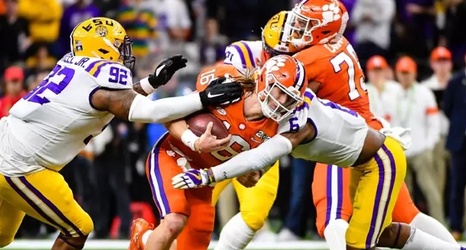 NEW ORLEANS, LA – There are nights when the other team is just better. When that happens, you tip your hat to them and move on with an eye towards improving the next time you take the field.

Monday night was one of those nights. On a night when LSU quarterback Joe Burrow was super-human, Clemson quarterback Trevor Lawrence and the rest of the Clemson offense looked like mere mortals and LSU walked away with the National Championship with a 42-25 victory in the Superdome.

Clemson made Burrow look human early and raced out to a 17-7 lead, but the rest of the contest Burrow showed why he won the Heisman Trophy with throw after incredible throw.